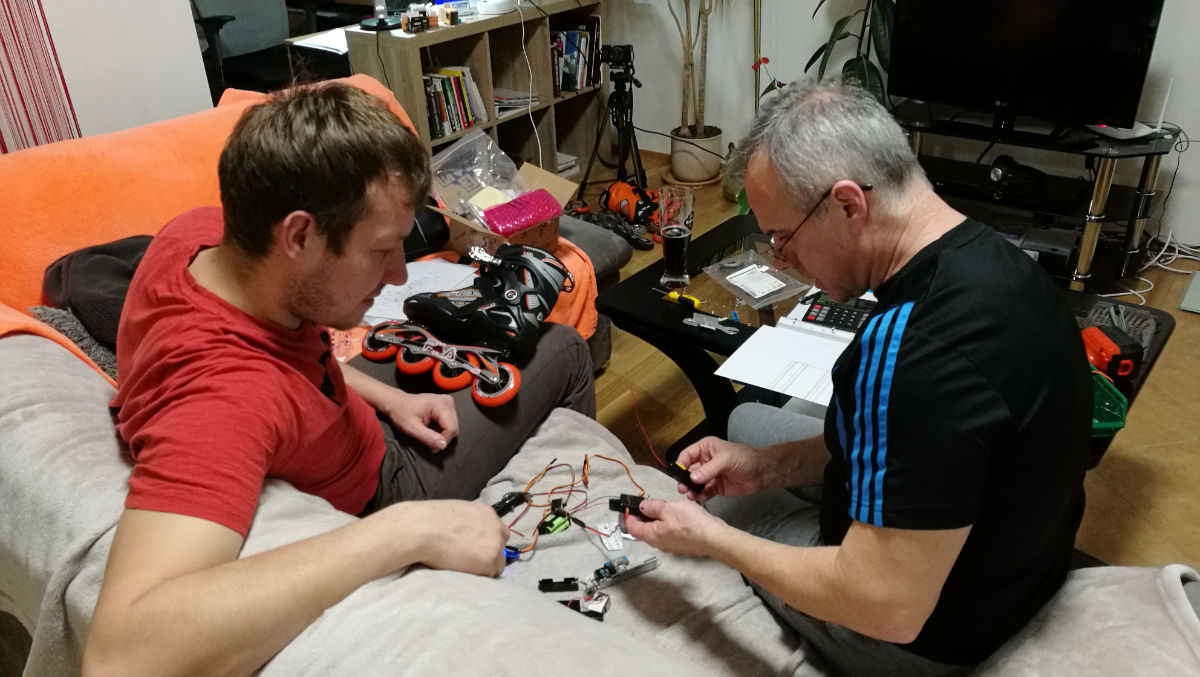 How it all began

Today, probably no one would ride a bike that doesn’t have quality brakes. Although this does not seem to happen when riding inline skates, very high speeds are achieved, which are close to the speed of a moving bicycle, and yet inline skates have lacked a quality functional brake for almost 200 years.

When, many years ago, the inventor and founder of Stopskate s.r.o. Mr. Jaroslav Černý from Olomouc, so very soon he found out that the biggest problem he has to solve is safe deceleration and stopping. It is quite interesting to see what has changed around us in 200 years, for example in the field of technology and electronics. Cars, computers, telephones, etc.

Although the first records of inline skates have been known for almost 200 years, there have been virtually no major design changes in the construction of these roller skates over this very long period. About 20 years later, Mr. Černý returned to the idea of ​​how good it would be to brake inline skates as easily and safely as a bike. Since he did not even have the famous and legendary garage in which the great Steve Jobs himself began to assemble his first personal computers, he had to be content with a hall and a living room in his small apartment.

After about half a year of experiments and efforts, Jaroslav Černý met Ing. Patrik Partsch, who was very enthusiastic about this project. In 2017, the company Stopskate was founded with its registered office in Olomouc. After many hours of work and hundreds of hours of testing on the Olomouc cycle and inline trails, the world’s first electronic brake for inline skates was born!

In January 2020, Stopskate s.r.o. launches electronic braking system for inline skates EBS 480 and EBS 480 STRONG, designed for inline skates with four wheels. This startup of the Stopskate company was very successfully presented in the media at the beginning of January 2020 at the largest electronic trade fair in the world, CES in Las Vegas, where many important media agencies noticed this novelty and the Czech patent. For example, the Reuters agency wrote about this startup that “Stopskate was one of the most interesting to start” and selected Stopskate in the competition of 2,500 companies among “The best of CES 2020”!

Inline skaters around the world have finally experienced a truly functional and very sophisticated brake for their inline skates, which will bring them a much higher level of safety and comfort while riding. You can also find out more information on the official Stopskate website www.stopskate.cz

How to choose brake

How to install brake